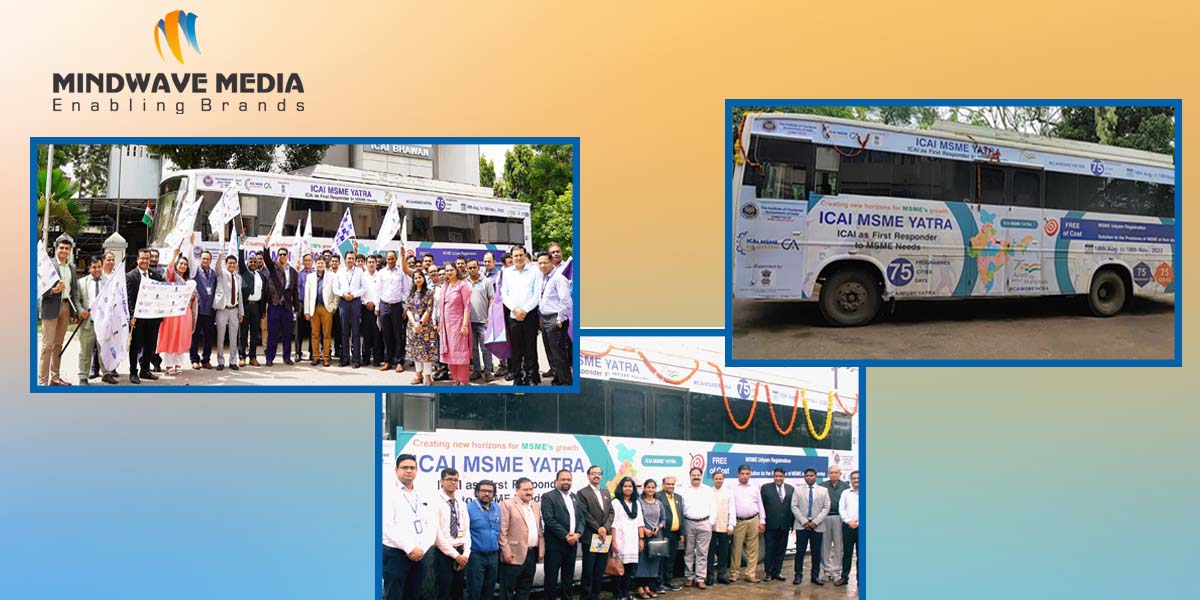 In today”s world of work , it is critical to be visible. It is important for others to spot you and your contribution. There is a growing realization that visibility is critical, one cannot afford to remain behind the scene.

Yatras are one of the best possible ways of brand visibility and a Yatra bus campaign is very effective for one to one meetings with target groups who are spread across the country in rural and tier 2 and 3 towns.

This was amply reinforced by the Institute of Chartered Accountants of India (ICAI).  ICAI conceptualised a brilliant marketing campaign, positioning themselves a swift responder to the needs of the rapidly growing MSME sector. ICAI’s aim was to provide a platform for improving MSMEs access to knowledge, credit, and marketing competitiveness.

Mindwave Media was responsible for the designing, planning and execution of this massive undertaking and we are proud to say that the resounding success of this yatra has earned a place in the India Book of Records for conducting maximum number of programmes in maximum number of cities. The yatra generated more than 10,000 MSME meetings.

Such campaigns can be replicated to sectors including Fintech, Banking, Insurance, Agro Business, Pharma, Education etc where the conversation and is personal in tone and the content is personalised to the listener group.

If you want to hear how your brand can have a story and have a personal connect with a larger audience, reach out to us at Mindwave Media.

How the unique combination of Technology, Media & Marketing are moving walls?